The New Grove Dictionary of Music and Musicians, the world’s most authoritative English-language music reference work, included two fictitious entries in the first printing of its 1980 edition: the Italian composer Guglielmo Baldini, and the Danish musician Dag Henrik Esrum-Hellerup. (Esrum-Hellerup’s surname is actually an amalgam of the names of two small Danish municipalities.) Both of these entries were removed from later printings. Inside sources report that a third spurious entry, “Verdi, Lasagne,” was circulated among the editorial staff but withdrawn before reaching the printer. [Footnote to the above: When the Esrum-Hellerup hoax became known among musicians and musicologists, the imaginary Danish musician’s life and work took on a kind of cult following, after the fashion of Peter Schickele’s PDQ Bach. The Esrum-Hellerup Choir, founded in 1983, has toured Europe with programs of rarely heard music.] You can visit the Choir’s website at http://home.worldonline.dk/isl29229/EH-bio.htm

The 1980 edition of Grove’s also included an entry (soon removed) on one “Guglielmo Baldini.” Unlike the Esrum-Hellerup hoax, Baldini was invented during the late nineteenth century by the renowned German musicologist Hugo Riemann for an article in the Archiv für Freiburger Diozesan geschichte. 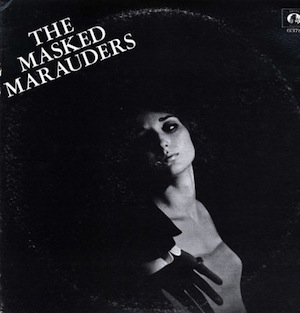 In 1969, Rolling Stone editor Greil Marcus wrote a favorable review of the (fictitious) first album by a group called the Masked Marauders, whose members supposedly included Bob Dylan, Mick Jagger, John Lennon and Paul McCartney. The review included references to Dylan’s “deep bass voice” and to an extended bass guitar-piano duet with both parts played by McCartney. The reviewer concluded, “It can truly be said that this album is more than a way of life; it is life.” Marcus was said to be unhappy about the current trend of organizing “supergroups” of multiple star players for commercial exploitation, and he assumed that his readers would realize that the review was a satirical fabrication.

As it happened, many readers took the article seriously and clamored for copies of this non-existent recording. In response, Marcus hired a San Francisco band to record an album as the Masked Marauders and arranged for Warner Brothers to distribute it, eventually selling 100,000 copies. Warner Brothers included a copy of the Rolling Stone review in the album sleeve, and essentially let record buyers in on the hoax with liner notes reading, in part, “In a world of sham, the Masked Marauders, bless their hearts, are the genuine article.”