Government and Music in the Soviet Union

The work of many Russian composers including Sergei Prokofiev (1891-1953) and Dmitri Shostakovich (1906-1975) was subject to significant criticism and control by the Soviet government. The Union of Soviet Composers, established in 1932, handed down official judgment as an instrument of the state, monitoring composers’ work for “formalist tendencies” and undue Western influence. 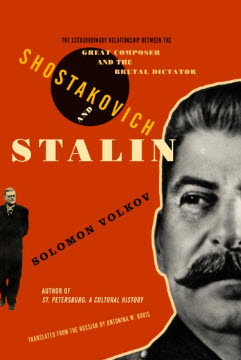 Shostakovich’s early opera Lady Macbeth of the Mtsensk District, based on a nineteenth-century novel by Nikolai Leskov, was premièred in 1934 and for some time was quite popular with both audiences and critics. In fact, it was described in one review as “the result of the general success of Socialist construction, of the correct policy of the Party,” and as an opera that “could have been written only by a Soviet composer brought up in the best tradition of Soviet culture.” In January 1936 Joseph Stalin and members of the Politburo attended a performance of the work at the Bolshoi Theatre but left after the first act, probably offended (or possibly just confused) by the opera’s frank sexual content and descriptive musical effects. A few days later, a prominent article (likely dictated or commissioned by Stalin himself) titled “Muddle Instead of Music” appeared in Pravda, denouncing the opera as “formalist,” coarse, primitive and vulgar. Shostakovich’s livelihood was almost immediately reduced as commissions and performances were denied to him; Lady Macbeth was withdrawn from production; critics who had earlier praised the opera were compelled to recant in print; and, the composer began to assume a low profile for himself and his family, concentrating on the more politically acceptable genre of film music. Later that year, a number of the composer’s colleagues and family members fell victim to Stalin’s Great Purge, and Shostakovich retreated into self-imposed obscurity.

The works of Shostakovich went in and out of official favor for the rest of his career. In 1948, he and a number of other composers including Prokofiev and Khachaturian were denounced for “formalism” by the Soviet soldier, politician and cultural censor Andrei Zhdanov, who issued a decree aimed at erasing Western influence from Russian music and art. As a result of the Zhdanov decree, Shostakovich and his disgraced colleagues were made to apologize to the Central Committee of the Communist Party, many of their works were banned, and family privileges were withdrawn. According to one account, during this time Shostakovich “waited for his arrest at night out on the landing by the lift, so that at least his family wouldn’t be disturbed.” He allowed his voice to be given to public denunciations of politically incorrect music and musicians, notably at a Cultural and Scientific Congress for World Peace in New York in 1949.

In 1960, under political pressure, he joined the Communist Party, and his name appeared under articles in Pravda he obviously did not write, denouncing “individualism” in music. Shostakovich was deeply troubled by the pressures of his situation, and his behavior has been variously interpreted as cowardice, a natural instinct for survival, or both.

Prokofiev’s works, like those of Shostakovich, were alternately praised and denounced by Soviet authorities, and productions of his music faced similar obstacles: The première of his 1939 opera Semyon Kotko was postponed because Vsevolod Meyerhold, the intended stage director, was arrested by the Secret Police and later executed. Shortly after Meyerhold’s arrest, Prokofiev was “invited” to compose a cantata for Stalin’s 60th birthday. In a 1948 “Statement to the Soviet” responding to the Zhdanov decree, Prokofiev refers to the Committee’s resolution as having “separated the rotten threads from the healthy ones in the creative work of composers.” He goes on to say, “No matter how painful it is for many composers, myself included, I agree to the resolution of the Central Committee, which establishes the condition for making the whole organism of Soviet music healthy. The resolution is especially valuable because it exposes a formalistic direction foreign to the Soviet people, a direction leading to the impoverishment and downfall of music, and with great clarity shows us the goals which we must reach for the best interests of the Soviet people.” Prokofiev continues at some length in this repentant tone, and states that he intends to write an opera on “a contemporary Soviet subject, The Story of a Real Man by Polevoy.” He is referring to a popular patriotic novel by Boris Polevoy, based on a true story, which tells of a Soviet pilot who, shot down and severely wounded behind German lines, crawls for 18 days to find safety and eventually resumes his glorious career in military aviation. Prokofiev’s opera, written in order to avoid Zhdanov’s continued disapproval, is considered to be among his least inspired works. It was premiered in 1960, seven years after the composer’s death. Prokofiev’s letter to the Central Committee closes as follows: “In conclusion, I should like to express my gratitude to our Party for the clear decisions of the resolution, which help me to find a musical language comprehensible to our people, worthy of our people and of our great country.”

In an ironic coincidence, Prokofiev and Stalin died on the same day, 5 March 1953. At the time of his death Prokofiev was living in an apartment near Moscow’s Red Square; the immense crowds gathered in the area to mourn Stalin made it impossible to transport Prokofiev’s remains to a funeral service at the headquarters of the Soviet Composer’s Union.