Celebrating 38 years as the Orchestra within Broomfield, Colorado.

The City and County of Broomfield lifted mask restrictions June 21 for fully vaccinated individuals. This includes our orchestra and audience members. Anyone may choose to continue mask wearing.  The safety and enjoyment of our audience and orchestra is our highest priority!  Check here for the most recent City and County of Broomfield Guidelines and updates regarding COVID-19: https://broomfield.org/3123/COVID-19-Information 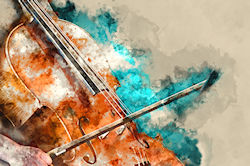 The source material for Beethoven's only opera Fidelio was a 1798 libretto titled “Leonore,” by the French playwright and revolutionary politician Jean-Nicolas Bouilly. The libretto (already set to music by at least three other composers) is based on a supposedly true story: Leonore, disguised as the boy Fidelio, saves her unjustly incarcerated husband Florestan from being mudered by a tyrannical prison governor. Beethoven began composing the opera in 1804, and it was premièred (as Leonore) in Vienna in November 1805. The work was poorly received, and ran for only three performances. Beethoven almost immediately began revising it, and alternate versions of the opera were given in 1806 and 1814.

The Leonore Overture No. 3 was one of four overtures written for three different stagings. The “Leonore” Overtures 1, 2 and 3 were eventually discarded by the composer as inappropriate for theatrical productions. An overture called Fidelio was composed for the opera's 1814 version, which by then had acquired the new title. The Leonore Overture No. 3, most often played as a concert piece, summarizes with symphonic music the entire dramatic and emotional trajectory of the stage work. The piece begins with music of dark despair, moves on to depict a thrilling rescue (the offstage trumpet-calls), and ends, like the opera, on a note of ecstatic triumph.

Edward Elgar's Cello Concerto in E minor was premièred by soloist Felix Salmond and the London Symphony in October of 1919, as part of the opening concert of the orchestra’s first season following the end of World War I. Elgar himself conducted the performance, which according to contemporary accounts went very poorly due to inadequate rehearsal time. The Concerto was rarely performed for some decades, but grew in popularity with a 1965 recording by the British virtuoso Jacqueline du Pré. It turned out to be Elgar’s last significant orchestral work; he produced only a handful of other pieces after his beloved wife Alice died in early 1920. The Cello Concerto is noted for its contemplative and elegiac qualities, a reflection of the national mood following the overwhelming devastation of the Great War. It has been referred to as Elgar’s “War Requiem,” a reference to Benjamin Britten’s 1962 work of the same name.

Ludwig van Beethoven began sketching ideas for his Fifth Symphony in 1804, and a draft of the completed work was prepared in late 1808. The first performance took place in Vienna at the Theater and der Wien on December 22, 1808, as part of a massive four-hour concert of Beethoven premières including the Sixth Symphony, the concert aria “Ah! perfido,” the Gloria and Sanctus from the C-major Mass, the Piano Concerto No. 4 (with the composer as soloist), an improvised piano fantasy, and the Choral Fantasy for piano, chorus and orchestra. The circumstances were far from ideal: the hall was unheated, the musicians were under-rehearsed, the performance disorganized and full of miscues, the audience restless and uncomfortable. There was little initial critical reaction, but after subsequent performances, listeners, critics and music scholars began to appreciate this work as something powerful and revolutionary, an entirely new way of thinking about music in general. Beethoven managed to change listeners' common perceptions of rhythm, melody, harmony and structure, and at the same time express the spirit of liberation current in European culture of the early nineteenth century. (The final movement quotes directly from a French Revolutionary song by Claude de Lisle, the composer of La Marseillaise.)

The Fifth Symphony has been a subject of more scholarship and analysis than any single work in the history of Western Music. In the nineteenth century alone, it was written about by Hector Berlioz, E. T. A. Hoffmann, Robert Schumann, Richard Wagner and many others. During World War Two, the signature four-note motto of the first movement was played to introduce BBC radio broadcasts, in reference to the Morse code signal for the letter V (“victory”). The first movement was included on the Voyager Golden Record, which featured a broad sample of the images, common sounds, languages, and music of Earth, sent into outer space aboard the Voyager probes in 1977. As Robert Schumann put it, “this symphony invariably wields its power over people of every age like those great phenomena of nature that fill us with fear and admiration at all times, no matter how frequently we may experience them.”

Cello soloist Gal Faganel is frequently heard in recital, in chamber music concerts, and as a soloist with orchestras throughout North America and Europe. He is the founder and artistic director of the Arizona Chamber Orchestra, a conductorless ensemble founded in 2009.Until 2010 he served as the acting principal cellist of the Phoenix Symphony. He has toured the United States and Europe with the Tetraktys String Quartet, and he especially enjoys performing with string trios. Mr. Faganel is currently an assistant professor at the University of Northern Colorado  in Greeley, where he teaches cello and coaches chamber music. Prior to his appointment at UNC, he taught at Scottsdale Community College (AZ) and the University of Southern California. He regularly conducts master classes and teaches at summer music programs in the United States and Europe. At UNC, he has received several grants for travel, research, and performances on four continents.

Gal Faganel is the winner of a number of competitions in Europe and North America, and in 1997 he was named Slovenia's Young Musician of the Year. In 1998 he won a national competition to represent Slovenia at the European Broadcasting Union - Eurovision Competition in Lisbon. In 2006, he began researching, cataloging, performing, and recording music for cello by Slovenian composers, and has completed two of the five planned CDs issued by Astrum Music Publishers.

Broomfield Symphony Music Director David Brussel has been Music Director of the BSO since 2009. He currently serves as Music Director at Scott United Methodist Church in Denver’s Park Hill, and has directed productions by a number of local orchestral, choral, theatrical and operatic ensembles. David played horn with the Colorado Symphony Orchestra from 1982 to 2018, and is an active freelance performer on horn and piano in the Denver area. He holds degrees from the Oberlin Conservatory and Northwestern University, and has taught at the University of Georgia, Metropolitan State University, and Colorado State University. His published works include two sets of art song and opera aria transcriptions for horn and piano, and a book of truly arcane musical trivia. You can hear him on piano at a number of venues in the Denver area, including the Mercury Café.

Broomfield Symphony Concertmaster Sarah Delevoryas is a violinist with over 30 years’ experience as a teacher and orchestral performer. She has a Suzuki violin and viola studio in Broomfield, directs a student orchestra at Nativity of Our Lord Catholic Church, and has taught violin and viola at Colorado Christian University. Sarah has been a member of the Boulder Philharmonic since 1997. Her other orchestral experience includes: Concertmaster of the Flatirons Symphony Orchestra and Livermore (CA) Symphony, as well as Boulder Chamber Orchestra, Fremont Symphony, Monterey Symphony, Santa Cruz Symphony and Reno Philharmonic. She holds a music degree from the University of California, Santa Cruz. 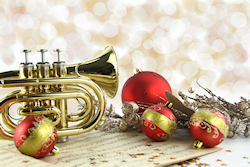 The Bells of Christmas: Music of the Holiday Season 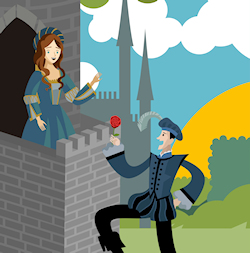 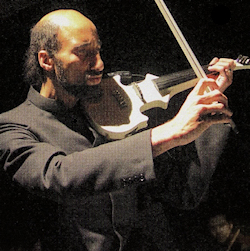 Gregory Walker and the Travels of Marco Polo 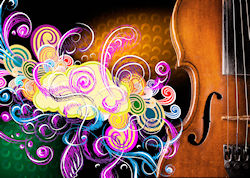 Winners of the BSO's Young Artist Competition: Brilliant young virtuosos in some of the world's greatest music.

Got some time on your hands? Need a bit of humor and a Smile – Click Here

We have an email mailing list to remind you about our upcoming concerts, simply click here to be added. You will also receive Senior Coupons ($2 off Senior ticket price) as an attachment or weblink.

Our community orchestra is looking for one or two double bass players to augment that section, as well as general percussion help at times. Please contact us if interested.